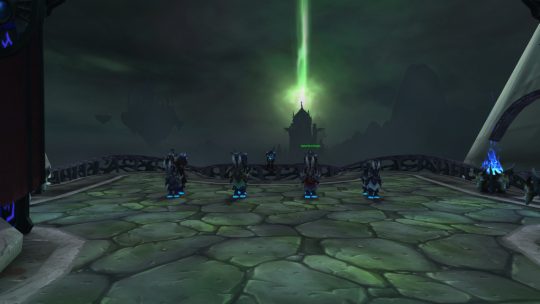 I think a lot about how I wanted Shadowlands to be DK Tev’s final sendoff, and how he’d get some sort of– if not closure, since that happened in Wrath–  finality.

And I think a lot about how, because of the lawsuit, and the way the story was concluded, this will likely be his final resting place, and the final screenshot I’ll ever take of him. 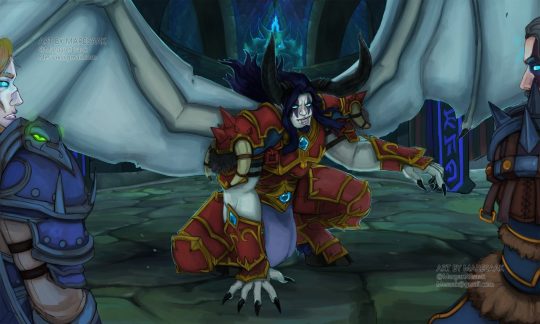 Wow it’s like everyone is a Dreadlord these days… though I guess with Tevruden nobody should really be too surprised. 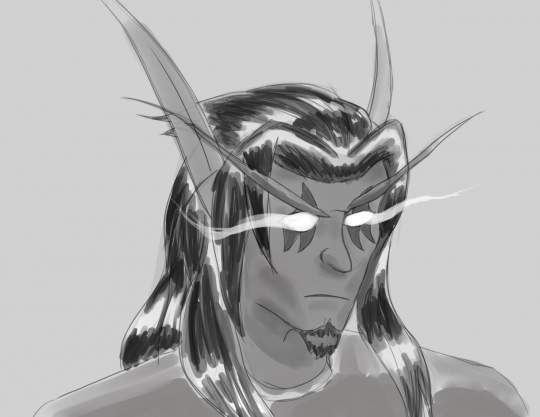 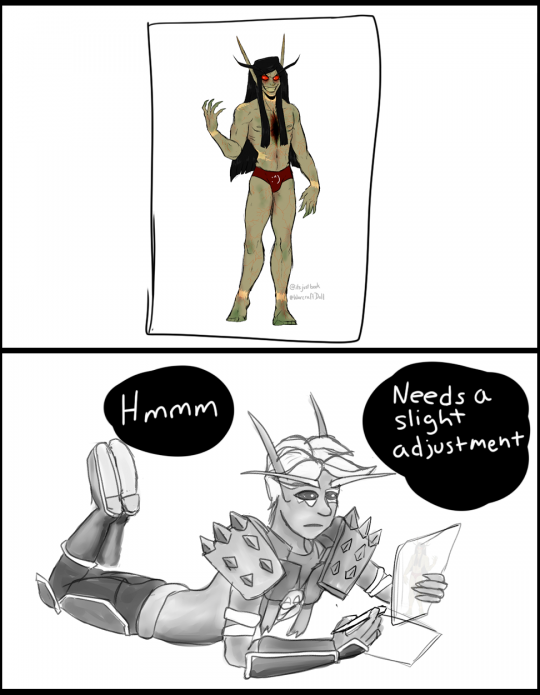 Even though Kyragos is like two inches shorter than Maverick when he’s in mortal form he’s still gonna drag him.

(Don’t ask how Kyragos used the Transform tool on the picture when it was on a piece of paper, he’s a Frostwyrm, he can just Do That.)

This is the ideal male body, you make not like it but this is what peak performance looks like. 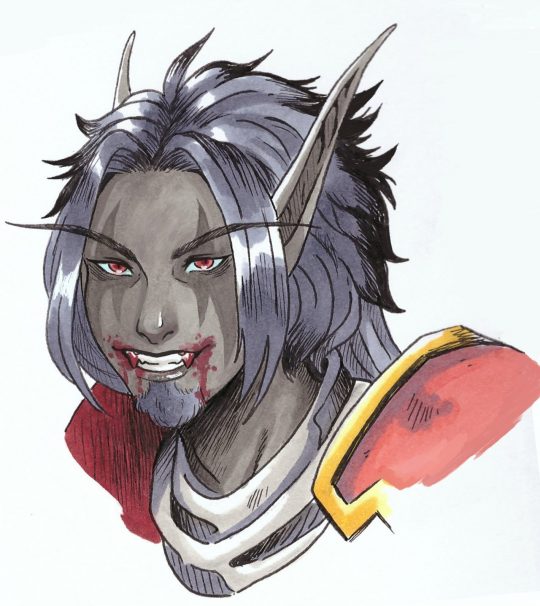 Death Knights and calling their Wyrms: a headcanon

Just threw this little thing into an RP I’m doing with my death knight Dastryn calling for his Frostwyrm. It was sort of spur of the moment, and I’m not sure if something similar already exists, but it sort of works off the way the dk starting zone works with calling for the frost wyrm, or generally anything in the Scourge.

Imagine with me, a battle horn with runes etched into it matching specific runes that you have etched into the bones of your trusty frost wyrm. Like a dog whistle or a calling spell or some other kind of enchantment. Instead of just summoning a giant frostwyrm out of thin air, WHY NOT LITERALLY CALL IT FROM THE HIGH HEAVENS WITH YOUR BATTLE SONG!!!

It would be greatly inspired by actual IRL horns of war obviously, so something like this:

they can range from as ornate as all hell, to literally the ugliest thing you’ve ever seen cuz, you know, Death Knights.

I also imagine they could be made from any kind of horn, including a horn from the very Frost wyrm you’ve enchanted it to!!!

Death knights would easily wear them on their person, strapped to their belts/girdles, what have you. Can be located anywhere on their flank, or even behind them. I imagine Dastryn would wear his on the back of his belt, out of the way of everything and under the cover and protection of his giant fur cloak, kind of like this:

ANYWAY. Thanks for coming to my TEDtalk, and please feel free to disregard this if this headcanon already exists!!!! I’m just really excited about dks ya’ll… 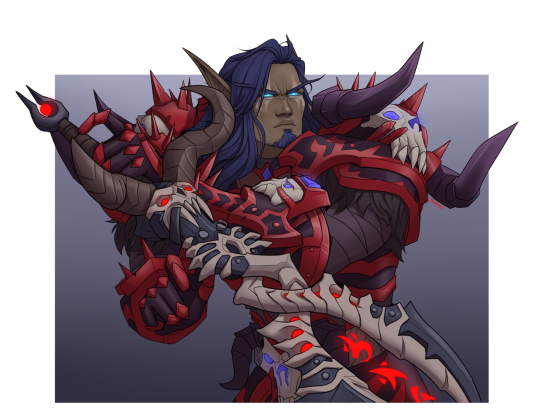 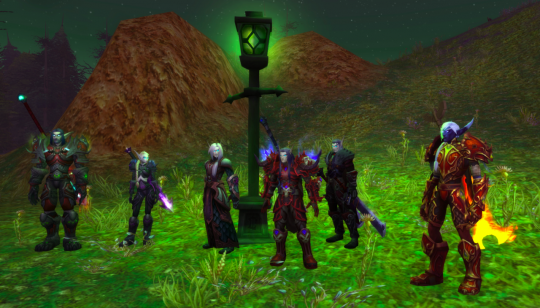