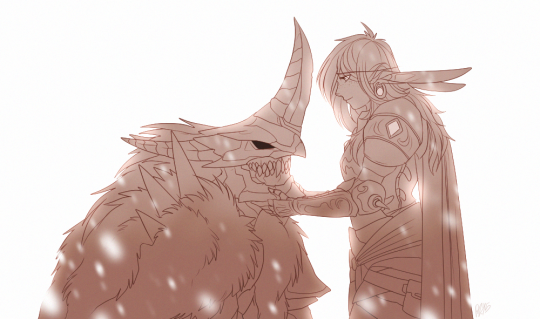 “I come to you in pieces, so you can make me whole again”

I know I usually portray Bernard as this badass dude that can just stomp anyone who dares to mess with him, and while this is true, the fact is that under all that armor and fearsome appearance was a very confused and a very lost man who had no place in the world anymore. That is – until he met the young paladin-in-training.

If it wasn’t for her, he’d never find his way again – she was the one who stayed by his side despite being afraid, who reminded him that he can still do something good and change his future – that he has a future despite what he thinks. And it was her who showed him that every day is still worth living, no matter how hard it may be. His life may be a struggle now, but it’s still worth the fight. He may be an old man that has seen many things, unlike the unexperienced lil’ elf, but he learned a lot from her.

She needed him, that’s true. But he needed her more. He may be her knight, but she’ll always be his guiding light in the dark.

*Oliver takes no responsibility if they accept the offer and you accidentally find yourself in a kinky relationship. Remember to stay safe, sane, and consensual!

whispers  “With style and aplomb” 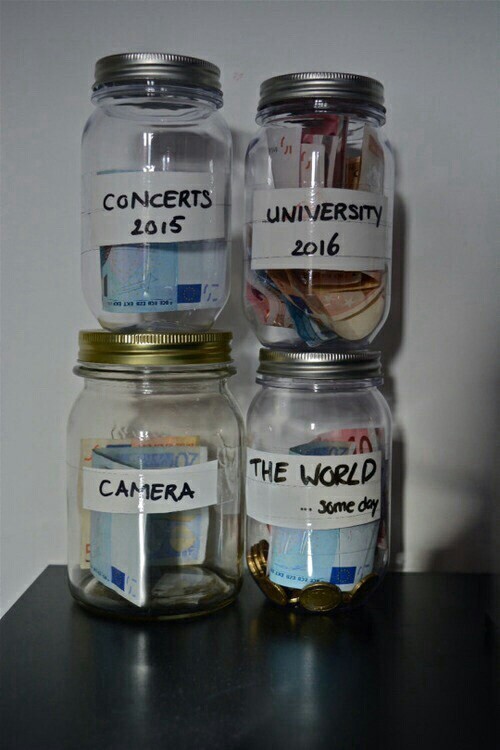 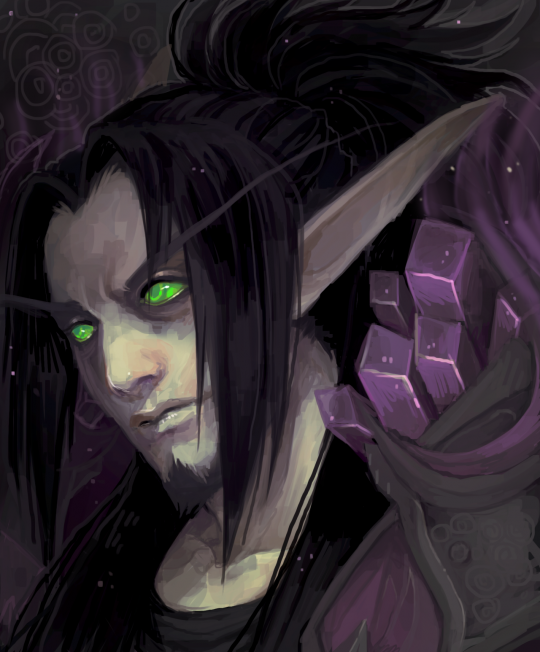 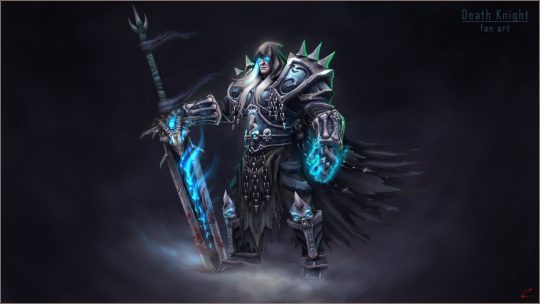 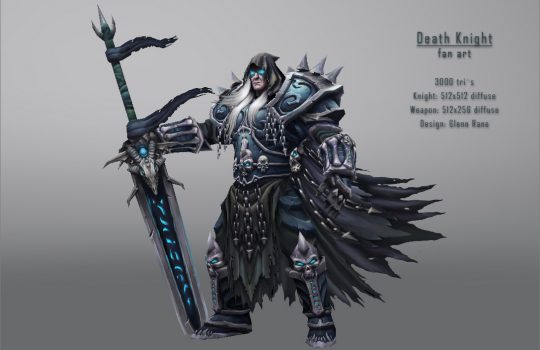 Fool me once, shame on me. 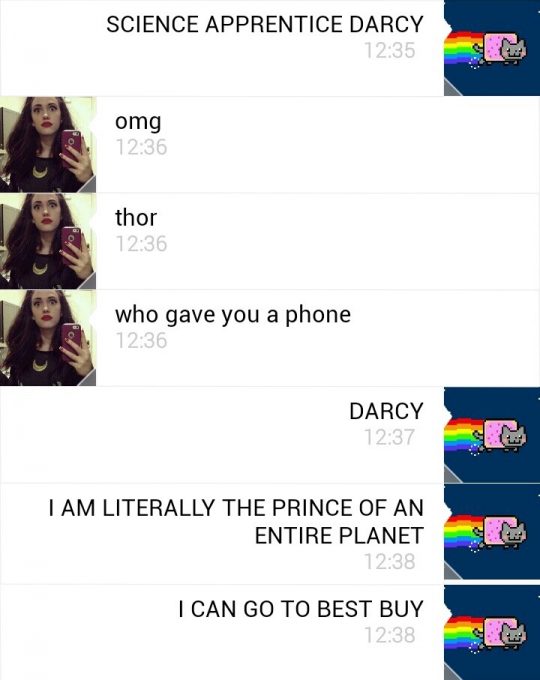 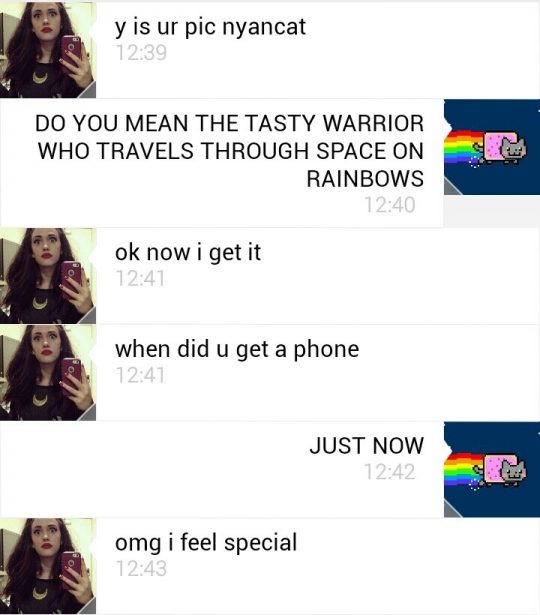 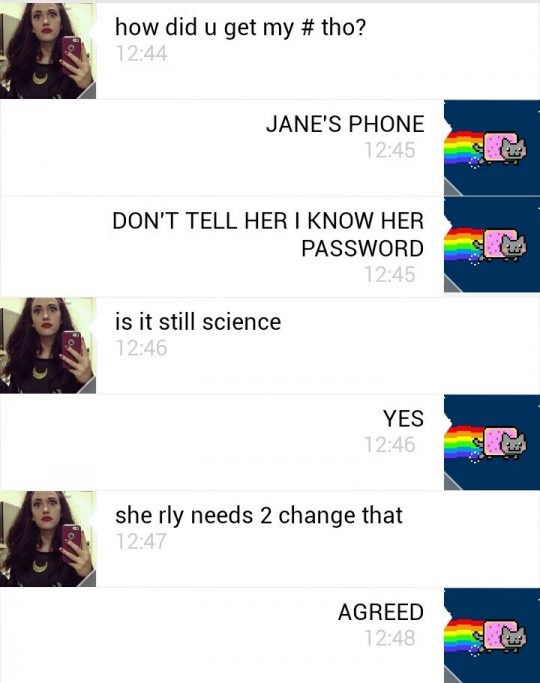 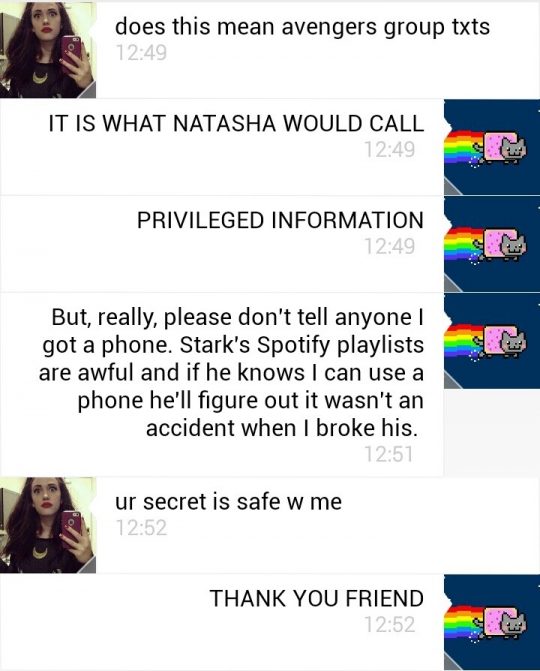