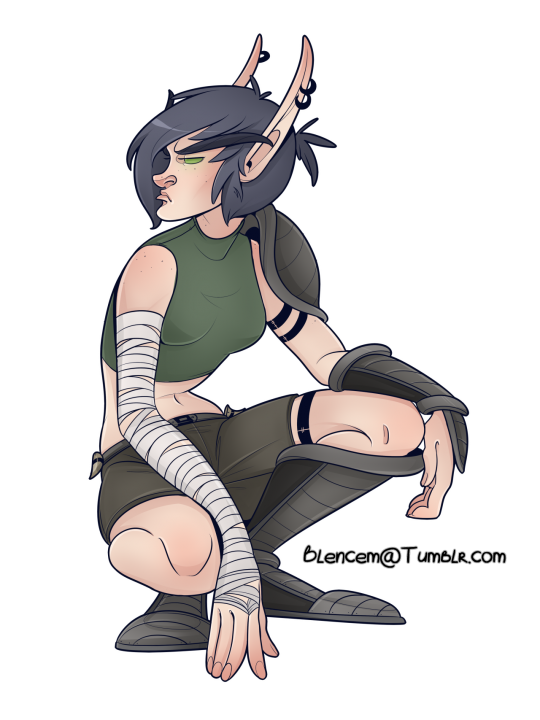 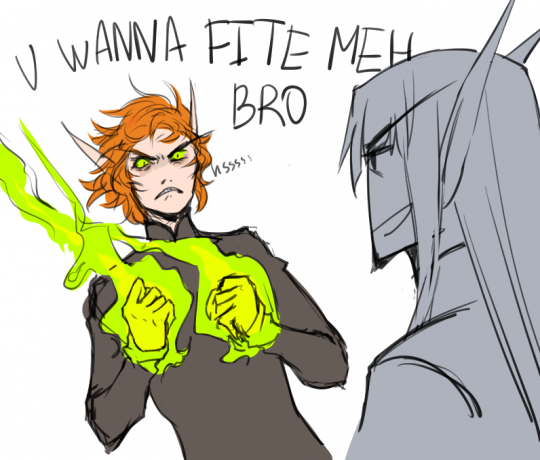 Tiamal thinks that Astis is adorable.
Astis thinks that he must smash this jerk’s face with felflaming fists. 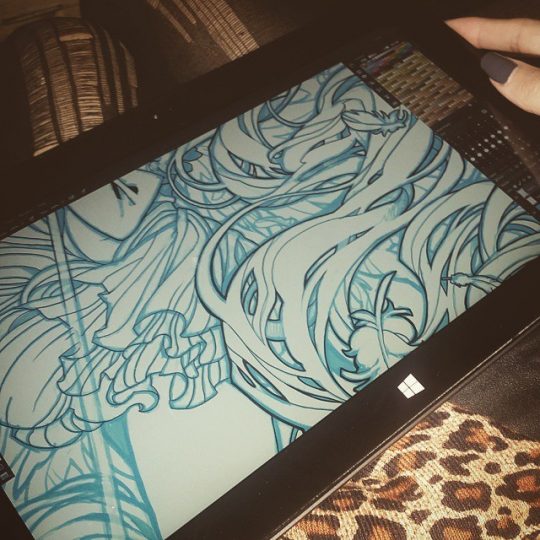 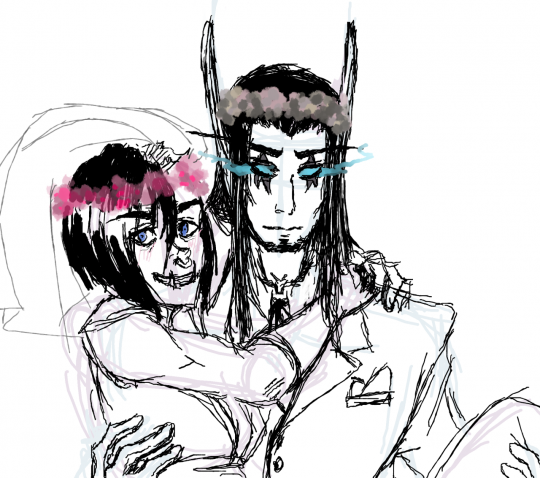 The flowers upon his head have already begun to wilt, but he doesn’t really think about that. The vibrant orc in his hold doesn’t think about it either, her face lit up in joy. “Feiyn never gonna marry again,” she’d told him once. But he supposed never had already gone by. The step was awkward for him, but to make her happy, to have a perfectly good excuse to keep her close, to protect her (because fel, he knew she needed it and he wouldn’t mind fighting off the trouble she brought along like the train of her wedding dress)— he did it anyways. And maybe, very distantly, he was a little happy about it. But more so he was just itching to enjoy the drinks at the after-party and maybe some murder on the way home.

Needless to say, he was pleased when several mantid decided to crash the after party.

“I know the lake’s not enough, I know the tower’s not even close, and Light if I could rope that moon and bring it down I’d do that too.

I want to give you everything and nothing seems enough.”


"You alone are enough.” 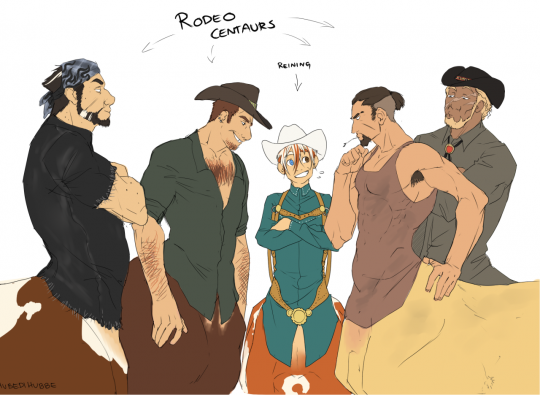