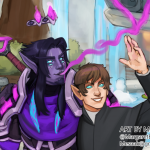 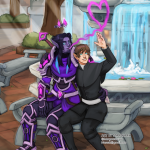 @tevruden‘s character Void Boy, and his beautiful boyfriend! They’re having a wonderful day in the Cathedral District of Stormwind <3

I want to prove a point to a coworker of mine.

If you see this on your dash, just reblog it.

Let’s show them how quickly this virus can spread from just one person.

I showed this to my coworker and she said it doesn’t really count because I obviously have thousands of followers.

So I told her that I have just over 100 followers and that only ONE of them actually reblogged this post when I originally posted it at the beginning of December.

reblog if your birthday is not today 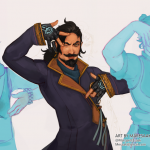 Personal Art of my Bronze Dragon, Zirmi!! I copied the look of an incredibly cute music video by Perfume for the posing. It was really fun! 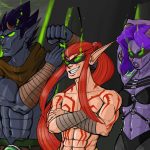 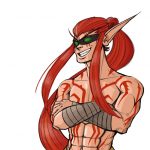 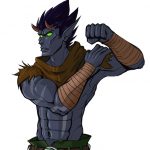 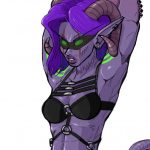 For @zaethien and @veleanthe who have been supporting my art and showing me love for a long, long time. Don’t think I don’t see you.

I hope you like! If I got a detail wrong let me know and I’ll update it. (For instance I don’t know what Veleanthe’s tattoos look like outside of her shoulders and it was killing me lol)

WHAT THIS IS SO COOL, look at the Illidari friends! Thank you so much, and for all the excellent elf content you create 😈🖤 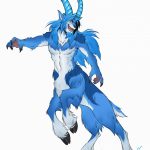 sign up for the gold package of ADHD today and experience the following moods:

The Loop – opening and closing the same three websites in succession for 15 minutes at a time before realizing that there’s not going to be anything new or worth doing on those websites (my three are Tumblr, Youtube and Wikipedia)

The Ack – seeing you have a new message and, though you have no evidence that it’s anything even remotely noteworthy let alone negative, feel intense dread and procrastinate looking at the message for 30 minutes/5 hours/a week

The Bellwether – scrolling on Tumblr and getting the urge to google something/look up something on Wikipedia, but you keep scrolling and forget what you wanted to look up so you frantically scroll back to the thing that prompted you to think about looking the other (un)related thing up in the first place

The Poison Dart – hearing someone say something problematic out loud and freezing because, while you want to correct them gently, you also feel intense dread and RSD that if you even so much as suggest dissent the person will immediately and commensurately stab you to death or snap their fingers and open a trapdoor to hell beneath you

The Ghost Breath – realizing you haven’t texted your friend back/at all/in 3 weeks and thinking “Hmmm, I need to do that” and then you don’t do it and much more time passes by

The Stim Package – eating an entire family-sized bag of chips in one sitting because having something to chew on helped you concentrate, at least a little

The Bullfrog – going to get something that you don’t use often but you know exactly where it is and then it’s not there and you just keep going back to that spot 5 more times before realizing you lost it or it’s somewhere else completely different (like, not even in the same building) 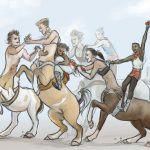 I been having way too much fun with one of the Rider-Culture’s many non-war-games, goat-pulling! Inspired by the game of the same name played by many cultures of central Asia throughout history and still popular today! Though because the ‘horses’ in this case have a little more opinion and propensity for wrasslin’ it’s more like football than the real world counterpart. It’s a very popular game with the Rider centaurs as it combines their two other favorite pasttimes- racing and wrestling, depending on who has the goat!

In more organized games the goal is to take control of a stuffed goat/sheep-skin and keep control long enough to get it into the possession of a family/herd mate that’s on the sidelines watching (or doing something else when they get pelted by a goat-pillow) though most casual games wind up just being basically keep-away until everyone’s wore out.
There’s two ways it usually winds up going, giant wrestling pile free-for-alls like shown above or all out races after whoever has the goat at the moment, depending on how good the grip the Riders have. While wrestling is usually what it comes down too, a frequent winning strategy is just waiting for your opportunity, having your Rider cling on like a koala and running like hell. Using one of your littlest rider cousins is recommended for their light weight and killer grips, much to the auntie’s dismay.