if melon was a hawkstrider instead of an amaro…

people with adhd will be like “i couldn’t find my keys but i saw them when i took out the recycling nine hours ago so i checked inside the fridge and they were behind the butter” and think nothing of it??????

I have a centaur obsession

(The last doodle is old, I’ve been thinking about this au for almost a year lol)

trends on tiktok like the ‘shut it off’ one show how self trained white women are to cry on command to get things they want, this does not mean anything by itself, but in the context of historical incidents, this is not only a weapon but one that can be pulled at any moment of disagreement with a poc, most commonly men of color therefore weaponizing the security of the white woman over the “violent brown/black man”.

white feminism and white politics are centered around the exclusion of the perceived enemy which targets marginalized demographics such as poc, trans folk and sex workers, and about anyone who can be seen as a threat to the white womanhood and the white man’s rage.

this is encouraged to be rbed by white folk but I’m not open to discussing anything with anyone. 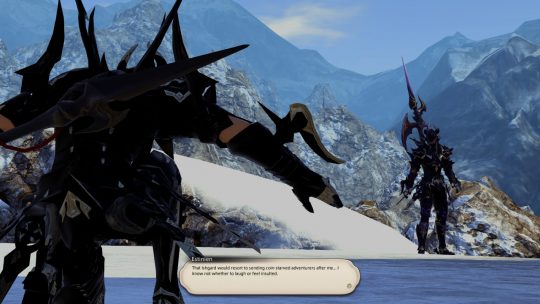 This whole thing is hilarious w/ WoL!Tev as a character, just because he knows Estinien which makes the second image a specific dig at Tevruden since Estinien knows Tev comes from money.

“Oh! Dawnspear, you’re looking a lot like a coin-starved adventurer.”

I got a tumblr, it really was quite great

I blog about a lot of things, but mostly what I ate.

I thought it was a sweet gig, it really was quite cushy.

Then they went and banned me, ‘cause all I ate was pussy.

I signed up on tumblr, I didn’t know what to expect.

But once my posts went viral, no one saw my genius

Now all they do is reblog and say “kung pow penis.”

I’m a YA book author, I have a tumblr too

I post a lot of info, for my tumblypoos

But then one day my time was up, I read it on the clock

i made a tumblr, and it didnt go great

whenever i make a post, all i get is hate

arguing with strangers, it really is a slog

One day I made a Tumblr, now I’ve been here ten years,

I’ve stayed through every update that left the userbase in tears,

And I don’t regret a second, for here’s the truth, you see: Wow it’s like everyone is a Dreadlord these days… though I guess with Tevruden nobody should really be too surprised.

Reblogging again. Firefox is an excellent, safe and fast browser and everyone should consider using it.

Just because Xtianity does those things doesn’t mean they apply to all – or even most – religions. Judaism, for example – since you tagged it in the post, doesn’t actually require non-Jews to follow our laws, doesn’t proselytize, and makes up less than 0.2% of the world population. And it’s hardly alone. When’s the last time you heard of an indigenous American religion trying to force their beliefs on others? How about Sikhism? Yoruba? Zoroastrianism?

Saying that the critique leveled in the OP only applies to Christianity is ludicrous and betrays an extremely parochial understanding of the politics of religion globally. What about the weaponization of Buddhism against Muslims in Myanmar? Of Islam against LGBT people and women in Saudi Arabia, Afghanistan, Pakistan? Of Hinduism against Muslims in India, and indeed the existence of Hindu fascism generally? What about State Shinto in imperial Japan? What about discrimination against LGBT people in orthodox Jewish communities? What about the way religion has very often tracked with political power throughout history, venerating earthly political leaders as divine or divinely-sanctioned as justification for their rule? The divine right of kings, the pharaoh as living god, the emperor descended from Amaterasu, the Sapa Inca as son of Inti?

Just because not all religious people are bigoted, or cruel, or oppressive (indeed, not all Christians are bigoted, or cruel, or oppressive), does not mean that it is wrong to critique the role that religious institutions and practices have in bigotry, cruelty, and oppression. To be clear, I don’t have a problem with religion—any religion—in any inherent sense. But the idea that religious institutions and practices, Christian and otherwise, often play an oppressive role in society is undeniable. And that is worth critiquing!