🌎 for good news on earth day 🌍

adult secret: its all intentional. nothing will prepare you for how fun it is to watch a teenagers face as you dab at them. i will floss when they least expect it and I will love every second of their horror.

fond memories of how one my shipmates would very earnestly ask the youngest deckhand ‘was that yeet? was that a yeet?” every time he tossed docklines 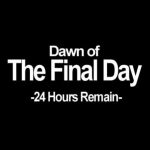 Let’s get this hell year over with.

bringing this back for 2020, especially

I liked this post, scrolled for like another minute before I went “SHIT FUCK SHIT” and scrolled back to reblog it 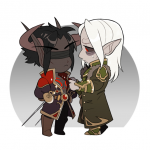 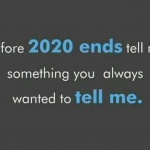 Fairy: Hey I didn’t get your name.

Me: Yeah that was on purpose.

Fairy: Oh my god stealing people’s names has been categorized as a war crime for like a hundred years. Do I seem like the kind of fairy that would do war crimes?

Me: Well yes, but that’s just my impression of you personally. Not fairies in general.

Fairy: You’re smarter than I thought.

Me: So is the fairy monarch democratically elected?

Fairy: I think the one from a small corner of Alabama might be but for the most part, no. It’s still decided by a contest between the three oldest children.

Me: What kind of competition?

Fairy: Well it used to be to the death but that was too violent so these days each kingdom comes up with their own. In mine I think they play marbles but I’ve never seen one.

Me: Okay so why shouldn’t I say thank you or give gifts in return for favors?

Fairy: That’s mostly a regional thing but where I’m from it’s insulting to the wealth of the person giving you stuff. Like you really only thank people when what they did was like a huge burden so if you thank someone for giving you something that’s like calling them poor.

Me: Fairies have wealth inequality?

Fairy: I mean we technically still live under a feudal system if I’m being honest but with modern technology and ethics nobody notices.

Me: Do you have Internet down there?

Fairy: Only dial-up. That’s why I come to your house.

Fairy: So you’re telling me that human men don’t think that frog eyes are sexy?

Me: Well not most of them to my knowledge.

Fairy: So I bought these contacts for nothing.

Me: Hey man you don’t have to be a frog spirit to lure men into your clutches. Plenty of dudes are into cat eyes and ghoulish moaning.

Fairy: You really think so?

Me: I know so! Stop doubting yourself so much. You can definitely find some mortal men to lure into the timeless void for several centuries and adopt a demon cat with you.

Fairy: Thanks, man. That means a lot.

Me: No? It’ll cut up our insides and kill us.

Me: What did you do now?

Fairy: More like… what I’ve done over the past three centuries since I moved out of my mom’s house.

Me: Did the coughing up of blood not cue you into anything?!?!!

Me: No we don’t! There’s physical reasons for these things!

Fairy: So… no more bringing nightshade and glass entrees to the potluck?

Me: So why mushrooms as portals?

Fairies: Look man, even we don’t mess with mushrooms alright? Sometimes they open up a portal to the human world and it’s just best to not question it.

Me: So wait. You don’t make the fairy circles?

My #artsummary2020, why only sketches?

This year I got myself a big change in a way I did them, and in the end, I felt in love with art once more, and made art like never before! 😌❤️✨

I still like to doodle animals in the margins of my notes – horses and deer creatures especially.

So drawing a dryad version of an OC (Vhienna) was inevitable, and so is a centaur version of someone else