And getting your finger caught under the metal thingy.

nines were such a paain

Reblog if you’ve ever seen a rotary-dial phone that had letters as well as numbers on the dial-face and know what the letters were for. 🙂 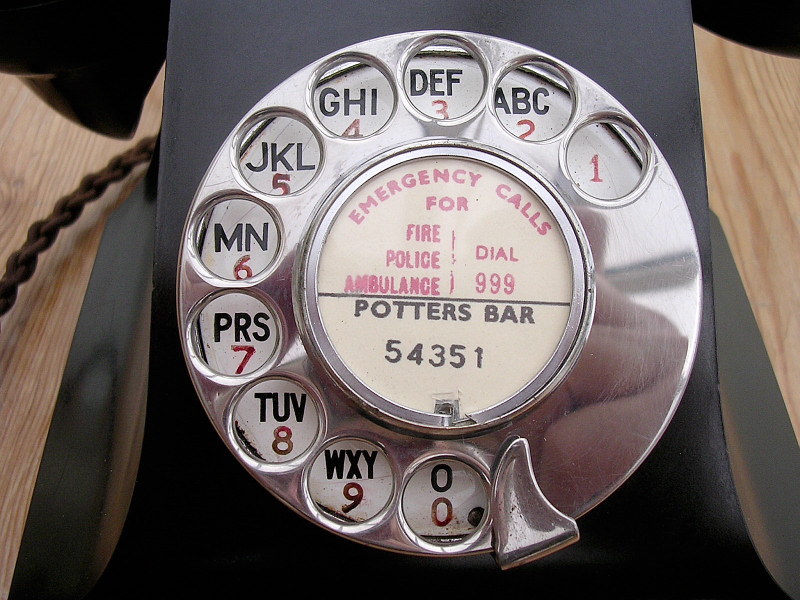 Rotary phones are why major cities have area codes like 212 (New York) and 202 (Washington, DC) and places in Alaska have ones like 907. If you still have one of the older-era area codes (the ones with 0 or 1 in the middle) you can tell roughly how busy/important the city you live in was in the late 40s, based on how low the area code is.

We had them until I moved away to college.

My grandmother still has one in her bedroom.

I remember when our area code was still 412, and we didn’t have to dial the area code unless we were calling a different one.  I also remember when calls to Butler (the nearest “city” – 15 miles away) were long distance.

Just to make this post meta, this is currently on my desk. 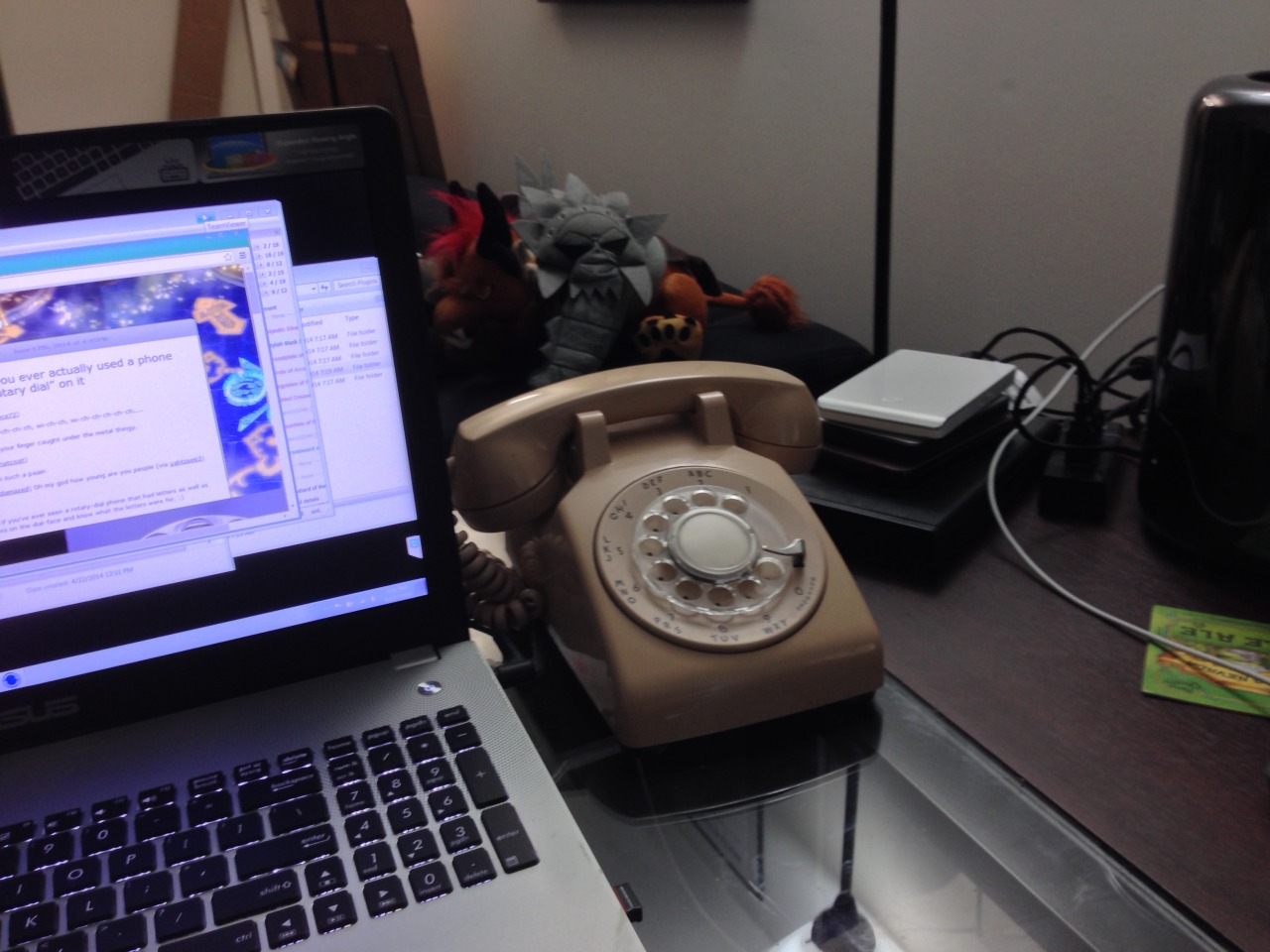