The story of Hot Cheetos is oddly appropriate, given their legendary and often controversial status in the snack world. 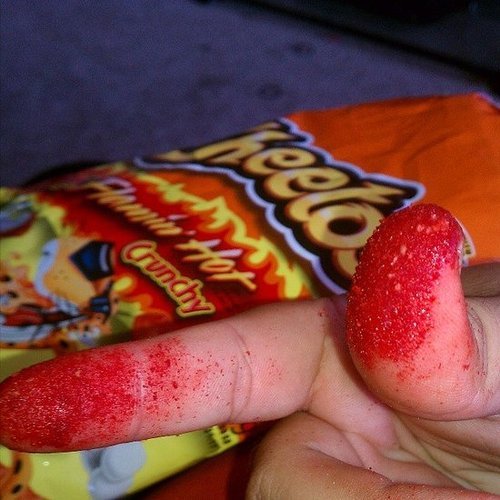 Richard Montanez was working as a janitor in 1976 at the CA Frito-Lay factory. One night, one of the production machines broke down, leaving a batch of Cheetos with out any of the cheese flavoring on them. Richard decided rather than waste them, he took some home to his family, and experimented on the popular snack. He tried dousing them in chili powder, and stated “they tasted so good!”. Richard continued experimenting with his home recipe, and shared the creation with his friends, family and coworkers. He eventually got the guts to pitch his idea to corporate, which the CEO welcomed. Richard didn’t even own a tie, so he bought one and checked out a book on marketing from the library to help prepare his presentation. The CEO loved the idea and hence the “Flamin’ Hot” line of products was born. Richard didn’t have a high school diploma and barely spoke English, and now he’s a powerful executive who flies in corporate jets and meets with US presidents. He likes to refer to his “PhD” in life as a “poor hungry and determined” attitude which motivated him to his overnight success. “My disqualifications are the very things that qualified me.”, he says. And thanks to him and his outside the box thinking, we have the most delicious laxative on the planet. 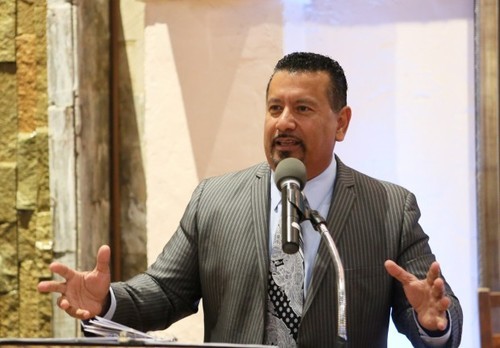 he did the hood a solid