I’m actually 100% about skulls and skull/bone motifs on Death Knight armor sets. It’s just the ones on there look SO OUT OF PLACE they’re just taped on and don’t go with the rest of the armor.

Like “Whoops the spike-strap-on unicorn helm armor set doesn’t have any skulls let’s just stick them on there somewhere, call it a day. Really anywhere is fine. Even small. Just get them on there. Yeaaaah that’s good.”

On one hand, I don’t want them to overdo it with skulls. The stuff on T14 was just ridiculous; why would a DK wear a glowing skull mask, when he glows all on his own?

The PVP stuff and Normal/Heroic Tier just don’t really seem DK-themed. What we’ve seen from T17 mythic is a good start though.

t14 is one of the better ones I think, besides the spandex boot things.

I prefer it with the Tyrannical gladiator’s helm, gloves and shoulders: 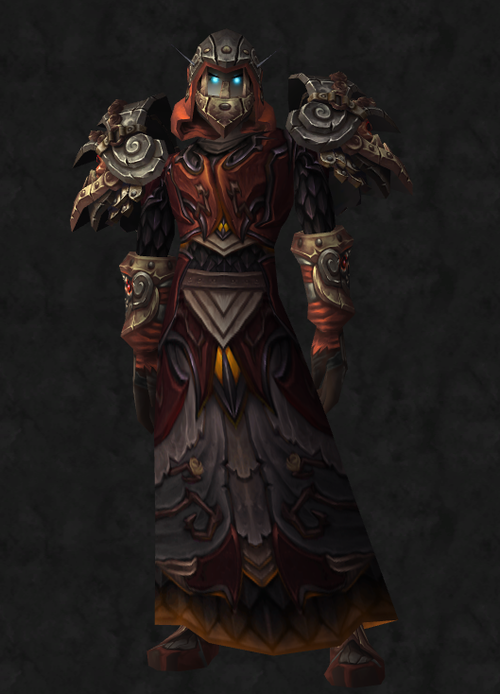