“only 9% of the belf population survived! that isn’t enough to hold a viable population!” 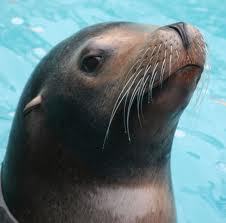 Thunder Isle. Tiny task force managed to construct a micro sunwell  (because why not?!) and defensive perimeter while constantly under siege by Zandalari trolls  determined by the time it took a server to do dailies. 2-3 weeks.

Warcraft 3. Were tasked by Garithos to defend a perimeter. Constructed an entire base in no time flat.

Lorewise took back Silvermoon city and rebuilt the half they took back it to the point of luxury in barely any time at all. While fighting off the remaining undead with guerilla tactics. While also contending with forest trolls picking fights with them.

Silvermoon engineers/builders were renowned in lore for their speed and attention to detail.

Delicate looking? Yes. Time? In the amount of time it takes an orc to build a spikey shanty town out of wood and leather. An elf could build an entire city block out of stone and gold with luxurious, trivial “necessities” thrown in because they’re that freaking better and faster than you at construction.
Fffffthahaha! … Get your orc-biased ass on the elven level.

As for the population? Just because only 9% remained after the siege… there was still enough remaining for not one, but two seperate major factions with their own organised military and government. (And several other factions thrown in)

That 9% could be in the hundreds of thousands! Shut the hell up!

Let’s not forget that the other half of the city dealt with a zombie apocalypse and is still more intact than Lordaeron.