I only track a few tags and one of them has like completely disappeared when I click it from my tracking (death knight, lol), and when I manually typed it in I got this

Which is probably just some kind of glitch from tag overlap but is hilarious to my inner conspiracy theorist. 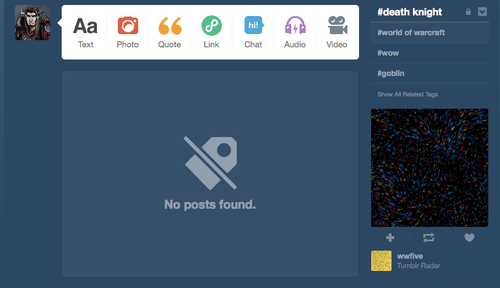