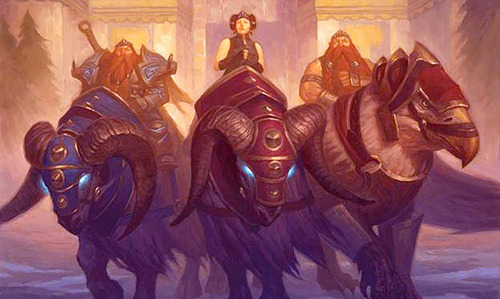 The stalemate came about after the shocking discovery that Zandalari trolls had infiltrated Dun Murogh, seeking to rally the Frostmane trolls against Ironforge. King Varian Wrynn delivered the urgent news himself, requesting the Council take immediate action to protect the city from their ancient foes.

However, after hours of discussion the Council could not reach an agreement. High Thane Muradin Bronzebeard would not authorize any military action, refusing to entrust the security of the city to either the Wildhammer or Dark Irons in his absence.

“We cannot help, for if we turn our back on the Dark Irons, they will defeat the Wildhammer and take over Ironforge!” said Bronzebeard, looking askance at the other two Council representatives.