So Tev doesn’t sleep, mostly because he has felt no need to. He also doesn’t really remember any of his time Scourge either. Not so much because he’s blocking it out, it’s just Fucking Scourge Magic™.

However if Tev were to sleep, he’d dream about every single life he’s taken with his blade.

I was going to say that I am an asshole on the level of the guy outside who just used two parking spaces to park their car. Then I realized, Tev wouldn’t be too upset about this. Probably just mildly disturbed that he  isn’t as upset as he thinks he should be about the dreams.

Have we trademarked “Fucking scourge magic?”

Tev may not be mad about you taking up two spots, but Vaelios would then be the asshole who dinged your door on purpose because you did.

If I had my old car, I’d take it out of the garage and park it next to these guys: 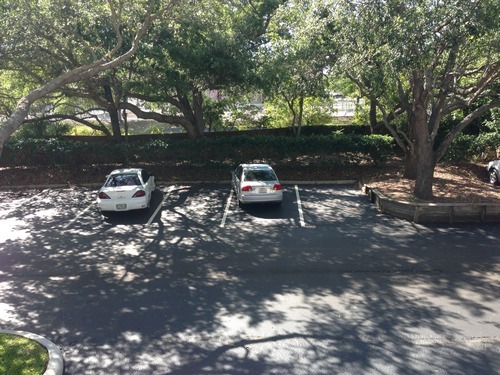 Tev actually likes that Vaelios is an asshole. He hasn’t encountered many people that would speak that way to a death knight, and he sort of respects that.