If you are doing anything in WoW that folds under this list, uninstall it and find another game:

1) Rolling on stuff you do not need or wear
2) Bitching to healers about not getting healer when you were standing in the dot
3) Wear PVP gear into a PvE zone (dungeons and raids)
4) Wear no gear into a PvP zone (Bgs and Rbgs)
5) Be an absolute COCK of a player
6) Dont wear tanking gear as a tank
7) Dps as a healer (Disc priests excluded)
8) Gather more mobs then you can handle because you are a greedy fuck
9) Put items up on the AH for larger amounts then they should be able to be
10) Use the sentence ‘Oh im doing more dps then you guys’ as a tank in a lowbie dungeon
11) If you are under 13 and are the shittiest little thing of a child.

Wearing PVP gear in a PVE zone is fine if you’re DPS. In 5.0 Resilience and PVP power were removed from the stat budget. 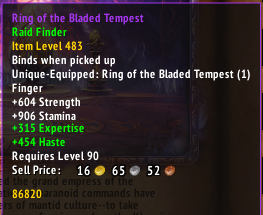 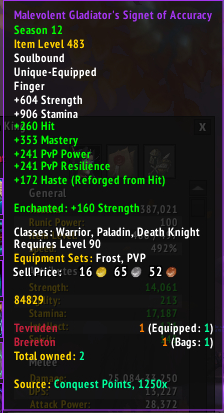 Notice how the main stats are the same.

Here’s equivalent item level helms, same thing main stats still the same, secondary stats a little bit different but it doesn’t have to do with resilience:

There’s maybe three situations in Tier 14 where PVP gear is not great, and that’s only because you have the ability to attack other players.

This concludes More About Gear Stats than You Probably Wanted to Know.