With a description like “He may be the aspect of time, but one thing he can’t slow down is his premature ejaculation for that smokin’ hot dragon twink”

Nozdormu groaned as Kalecgos’ hand wrapped around his turgid member. He couldn’t remember the last time he’d been intimate like this (possibly because this could be a thread of the timeline in which Nozdormu was the oldest virgin in existence, but he liked to avoid that uncomfortable possibility). The former Aspect of Time clutched into the sheets and bit back a moan as Kalec’s dainty, almost feminine (and also horrendously modeled) hands tugged at his dragon-dick. Honestly, Nozdormu wasn’t sure what made it so different that it warranted calling it a “dragon-dick”; then again, maybe Nozdormu should shut the fuck up and let the author take creative liberties because he’s not a Dragon Aspect anymore and he can’t tell them how to write their bad wish-fufillment erotica.

“We’re wassssting time… Precioussssss time,” Nozdormu hissed, clearly displeased with Kalecgos’ slow pace. Of all the horrible things sacrificed by the Aspects to defeat Neltharion, perhaps the worst was Nozdormu’s ability to forward time through generally unpleasant sexual experiences. Oh, and being able to speed up time when waiting for movie releases or game launches. That, too, was a useful skill.

“Do not be frightened, Aspect of Time. Our ends are the same,” Kalecgos purred, hand pumping Nozdormu’s Wyrmrest Temple with an increasing pace. The Bronze Dragon let out gasp and bucked his hips against Kalecgos’ eight-polygon “hand.”

Nozdormu collapsed into the bed with a huff and Kalecgos fell to lie beside him. The Blue Dragon wore a Cheshire grin, clearly pleased with what he’d done. The two lay in relative silence for all but a moment before a voice rang throughout the room, clear and feminine.

“I DON’T KNOW WHO YOU ARE, BUT I’LL DEFEND THIS SHRINE WITH MY LIFE. LEAVE, NOW, BEFORE WE COME TO BLOWS.” 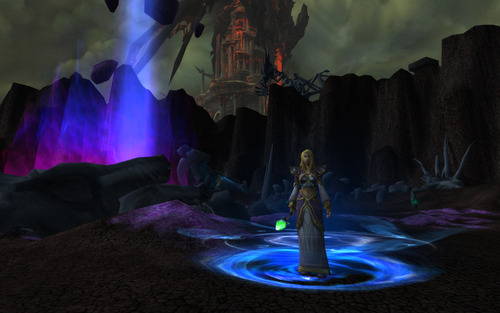 Especially appropriate since that is the blue dragonshire.