“You wouldn’t even be on the team if your dad wasn’t the coach, freshman.”
I started thinking of Eyeshield and the wow high school au stuff I’d seen recently while at work today…

I could see Garrosh being a Gao-esque lineman, very power oriented, and maybe (definitely) chafing at having to listen to both Thrall and Varian. Definitely coming in with an inflated ego that I’d guess he developed from becoming the biggest 8th grader at Nagrand Jr. High… 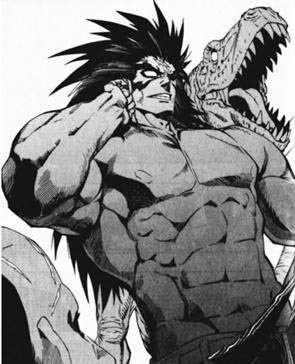 And Varian would be more like Shin— he’d play offense and defense (fullback and linebacker?), being quick and strong with stamina to boot, and would probably be captain (or co-captain with Thrall) as well.

And Garrosh would be an impulsive dick and cost them yards— and maybe games— with his brashness, but under all his bluster he’d respect Varian and the others (even Shandris, though he’d never admit that she could throw a pass better than he could) and eventually he’d learn to rein himself in and one day he’d become part of the team’s leadership and he wouldn’t even be a dick about it.