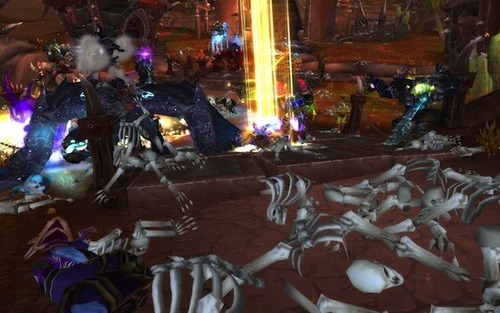 In 2005, many WoW servers were decimated by a blood plague debuff gone crazy, infecting players and pets and leaving nothing but piles of bones all over the main cities of Azeroth. This past weekend, another plague hit, but it wasn’t spread accidentally. A glitch temporarily allowed Death Knights to cast blood plague and frost fever on friendly targets, and true to their nature, DKs used the bug to destroy entire player and NPC populations before the problem was fixed.

we r dks and we r fab

Well yes, we’re rune-clad harbingers of death. (AKA one of the most op classes in the game.) Why would anyone expect anything else.