Replying to myself because I just remembered: 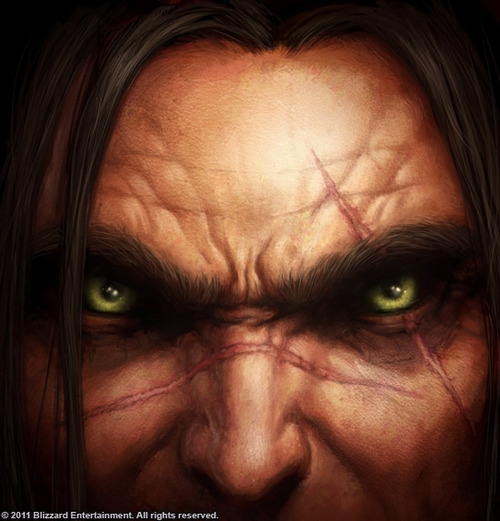 x’3; I kind of hate the pic on the cover of Wolfheart though because that it literally the only thing where his scars don’t intersect and also wtf his eyes look blue in-game and gray in the comic and are called brown in A:RotLK why green now? I’ve just come to the conclusion his eyes are light hazel (like mine, which are all four major colors but mostly blue-gray) but no amount of lighting/background change would make that seem this green I don’t get it is it magic why was that not specified.