the cosmos awaots, motherfukcers: so here’s my dilemma you guys know it’s a joke that I dislike belves….

so here’s my dilemma

you guys know it’s a joke that I dislike belves. Because as far as lore wise, appearance wise, and culture wise, and personality wise, I like them.

but here’s the thing

i hate a lot of their animations and just

how everyone who plays them casts them in this happy go…

I couldn’t level a paladin as a belf.  I started doing it, joined the Sunsworn, and I felt surrounded by these kawaii desu girls with feelings and dreams, and men who were all really gay on the inside (not literally), and I just felt lame.  Deleted her, tried again, deleted it.  I managed to get a paladin to 85 by making her a human.

Sifty had a really in-depth, detailed backstory, and I loved RPing her and I loved the lore and she looked BA and everything, but I had no one to play with on the Alliance, so I faction changed her to a belf.

New Sifty, Saveria, is a super racist rude arrogant cunt, but every time I play her around people outside Gor’Watha, I feel uh, dainty?  The last event I went to involved a Tauren asking me if our characters could date within ten minutes of me arriving.

Belfs aren’t horrible, but the players sure make them seem that way.

For the most part, having to try and remind people that Belves aren’t really HAPPY characters is hard when you have so many willing to believe they are these fruity fru-fru cake-baking fuckers.

Congrats, you’re an idiot. They are clever and calculating, often ruthless and out for their own gain… well. Older elves are. The younger you are, the higher chance that they have a more open mind (unless you’re Ravenhul and just too far gone. xD)

They hang heavily to traditions and old hatreds, they hold grudges and are probably the most racist bastards in the world (right next to Night Elves) and depending on your class, it really doesn’t get any better from there (unless you’re a paladin or priest).

I love Blood Elves and their lore. I am having that seminar next week and hoping to save the damn populous on ED from idiocy. I love them a lot, I just hate the way that some people portray them in RP.

It’s hilarious because a lot of people have somehow got it in their heads that blood elves are just a lighter-skinned version of their hippy night elven brethren when, in fact, the only race that comes close personality-wise to blood elves is probably the goblins.

Both are exceptionally self-serving in nature and completely cutthroat when it comes to achieving their goals. With magic at their backs the elves created a sweeping empire on the remains of all the trolls they Arcane Barraged to death. Meanwhile, the goblins were tinkering and bartering their way into creating some of the most elaborate and intricate cities in all of Azeroth. Hell, the Bilgewater Cartel built easily the greatest mecca of technology of our time back on Kezan then terraformed (or should we say explosioformed) Azshara into their own image.

The young-old thing applies as well. Younger Bilgewater goblins are a lot more likely to accept Horde ideals, where older goblins are probably going to cling very tightly to their “sell ALL the factions ALL the things and YAY CURRENCY EVERYWHERE.”

The hilarious part is that the blood elves are one of the “my life is so haaaard!” races (fuck you white boys your life is so hard because you used your magic blunderbusses to steal all the amani empire injun’s lands you cocks i don’t think so), where the goblins are arguably one of the cheerier races in the game (and certainly in the Horde). 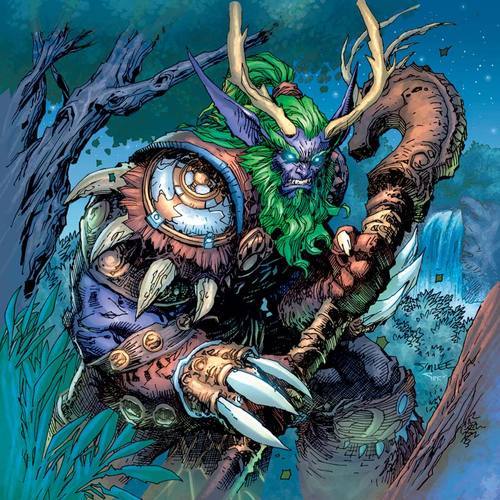