now let me remind you i am in love with vol’jin, but really let’s look at this here.

VOL’JIN WALTZED IN TO GROMMASH HOLD AND THREATENED TO KILL GARROSH.

to which Garrosh responded, “get out, and take your fucking trolls with you.”

slyvanas… did you even.. do that questline.. i mean im sure you did but oh my god garrosh went EASY ON HER

DID YOU SEE WHAT SHE WAS DOING

SHE WAS BECOMING THE FUCKING LICH QUEEN

DO YOU UNDERSTAND THE ENORMITY OF THAT

THEY JUST GOT OUT OF A FUCKING WAR WITH ARTHAS

AND THEN SYLVANAS SWINGS IN AND IS LIKE “hey guys remember how we’ve spent the last several years fighting the scourge?”

garrosh called her a bitch

because who wouldn’t in that situation, oh my god.

We are talking about this inexperienced orc who has no idea what he’s supposed to really be doing, who has just found out that one of his more rebellious co-leaders has found a way to throw azeroth into this hellish scourge-ridden era of shitstorms and crap

and he’s way out of his league, ok? He doesn’t know how to respond

and you know what

he calls her a bitch.

trolls are a large, vital part of the horde

if vol’jin had really left the horde, which he never would, because of garrosh, then no doubt would the alliance win the war between the two factions, because a good 1/5 of the horde army would be banished

yes both did wrong on their parts, but garrosh trying to kick vol’jin and the trolls from the horde is worse than vol’jin just threatening to kill him

but, for the most part, vol’jin is right, because the majority of the horde is going to hate garrosh in MoP and they will hate him as much as vol’jin does

i understand why he would react that way to sylvanas, and i do agree that she is going a bit insane as of late… i don’t agree with her methods, but i don’t see how else she could save her people either??? a growing forsaken population means a larger number of soldiers in the horde army, but yeah i can see the whole lich queen thing.

calling her a bitch was a bit immature though. he could’ve handled it better than that.

No, you see, they’re ALL WRONG

I never claimed garrosh to be perfect. And I’ve stated several times in other posts about him how he should have learned a little on the art of diplomacy before thrall appointed him warchief.

How do I put this. Garrosh isn’t good with words. or talking. Or making friends.

But you know, when one of your subordinates comes in and wants to kill you, are you supposed to let him stand literally 10 feet from you until Thrall comes back?

That isn’t… that isn’t safe for anyone at all ever. He was justified in kicking Vol’jin out, but you’re right, he could have handled that better. He could have looked vol’jin in the eye, pat him on the shoulder, and asked him to sit down and to hug it out with him.

the problem being, it wouldn’t be in character. That’s not how Garrosh works.

“calling her a bitch was a bit immature though. he could’ve handled it better than that.”

A SUBORDINATE HAS BEEN USING BIOLOGICAL WARFARE THAT IS SURE TO TURN BACK AGAINST YOUR OWN FORCES AT ONE TIME OR ANOTHER, AND ON TOP OF THAT IS BASICALLY THREATENING ALL LIFE ON AZEROTH UNDER THE FAÇADE OF DOING EVERYTHING “FOR THE HORDE” AND IT BEING A MEANS TO AN END

IT’S IMMATURE OF HIM

TO CALL HER A BITCH 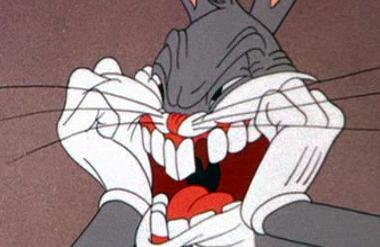 Sylvanas, Crenshaw and Warhowl all walk in the cathedral.

General Warhowl says: It appears as if you’re losing control of Gilneas, Sylvanas. Garrosh fears he’s going to have to carry out this invasion himself.

Lady Sylvanas Windrunner says: You can assure Garrosh that this is a minor setback. Our victory in Gilneas will be absolute.

General Warhowl says: You sound very confident, your Majesty. I seriously hope you do not plan to use the Plague. Garrosh has explicitly forbidden it.

Lady Sylvanas Windrunner says: You’d do well to watch your tone, General. Neither you nor Garrosh have anything to worry about. We’ve ceased all production of the Plague, as he ordered. We’d never deploy it without his permission.

General Warhowl says: I will deliver my report to our leader, then. By your leave, my lady.

High Executor Crenshaw says: My Lady! Should I order my men to stop development of the Plague? Or are we to continue as planned?

Lady Sylvanas Windrunner says: What kind of question is that? Of course we’re deploying the Plague as planned! Let the Gilneans enjoy their small victory. Not even their bones will remain by tomorrow.

She’s specifically told not to use the Plauge, subsequently lies about not going to use it, and then uses it anyway.

Given that she already has a history of using the Plague on her own faction, calling her a “bitch” is actually such a mild reaction, it may be almost out of character for Garrosh.