This is the question you were thinking of: 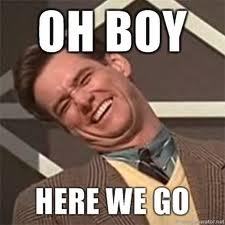 swear y’all are baiting me

I’ve had this one in my inbox for over a day because I’ve wanted time. Lots of headcanons ahead.

I’ll get out of the way first that they aren’t vampires. Simply walking over holy ground won’t cause them to burst into flames, and prayer probably doesn’t sound like nails on chalkboard to them. I’ve seen some RPers do this and— honestly, I’m all for giving your characters challenging weaknesses, but it would be an individual thing and isn’t something they experience as a whole.

But as to how they actually react to it, I guess we should first take a look at what the devs say about undead and their use of the Light:

Without spoiling too much, we can tell you that wielding the Light is a matter of having willpower or faith in one’s own ability to do it. That’s why there are evil paladins (for example, the Scarlet Crusade and Arthas before he took up Frostmourne). For the undead (and Forsaken), this requires such a great deal of willpower that it is exceedingly rare, especially since it is self-destructive. When undead channel the Light, it feels (to them) as if their entire bodies are being consumed in righteous fire. Forsaken healed by the Light (whether the healer is Forsaken or not) are effectively cauterized by the effect: sure, the wound is healed, but the healing effect is cripplingly painful. Thus, Forsaken priests are beings of unwavering willpower; Forsaken (and death knight) tanks suffer nobly when they have priest and paladin healers in the group; and Sir Zeliek REALLY hates himself.

So. The (likely) deal with the Light and its physical reaction to the undead is that it’s just reacting to the dark magic that animates their bodies and is doing what it’s meant to do- cleanse them. At its very core, Scourge magic is demonic magic, given to Ner’zhul by Kil’jaeden. Death knights and forsaken are a bit different in the kinds of magic that animate them (forsaken were mostly victims of the plague of undeath; death knights are either risen by necromancers and fueled by rune magic or just corrupted by rune magic into undeath [that’s why worgen can be death knights heyo]), but it’s all shit the Light hates and doesn’t think should be in a body. It doesn’t have anything against them as ‘abominations’ or whatever (though many of them will surely believe this is the case), it’s trying to do them a favor. It’s just unfortunate for them that it only winds up hurting a lot instead, but can at least burn some wounds closed. I believe there was a later question that also stated Forsaken with extended exposure to the Holy Light might also regain some feeling (the good and the bad) and other lively feelings— I imagine it must impact some of the more deadish death knights the same way.

Due to the sheer flow of dark magic through their body, however, I think their reaction to the Light would probably be more volatile than that of a typical forsaken.

As for actually calling on it, Sir Zeliek is forever our shining example that it is a possibility, but there’s a reason that dev said he hates himself. The Lich King forcing him to continue calling on it is torture; every time he strikes, he basically self-immolates. Worthy of note has always been the flavor text on this card from the TCG:

I wish I could find a bigger picture, but she is an undead priestess with flavor text that reads,

The Light rewards faith, not form.

So take from that what you will- many death knights are unwillingly fallen paladins, and I can’t imagine some of them wouldn’t attempt to pursue their previous faiths. It would come at a great cost, however, and their need to constantly slaughter would probably conflict a lot with their faith in themselves.

so tl;dr, the Light does not like their bodies, but it may not necessarily not like them as its servants. There are no canon examples of an Ebon Knight calling on the Light. Only Zeliek, who is under a special sort of control and probably wouldn’t even be able to call on it without that. So I suppose that’s something left for individual character stories~

Q: Are there long-term effects on an undead who is in regular contact with the Holy Light in a positive way?

A: It is difficult to say, as there are no known records of undead wielding the Holy Light before the Third War. There are reports, however, that some Forsaken have slowly experienced a sharpening of their dulled senses of touch, smell, etc., as well as an increase in the flashes of positive emotions that have otherwise become so rare since their fall into undeath. Unfortunately, this may be the cause of the Forsaken priesthood’s increased attempts at self-destruction; regaining these senses would force the priests to smell their own rotting flesh, taste the decay in their mouths and throats, and even feel the maggots burrowing within their bodies.

I figure it would have been more common for a death knight to try to wield the light in the time right after Light’s Hope, and then less common as more of them learn of the massive negative reaction that happens.

Tevruden has a story about that. He tried something really simple (think one of the spells a paladin has at character creation) but he wasn’t really prepared for how much it hurt and it knocked him on his ass for a week.

Needless to say, its a touchy subject he doesn’t really talk about.