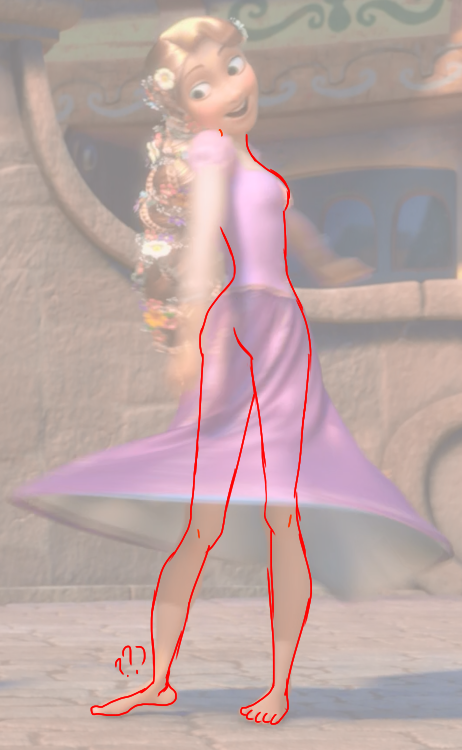 IT IS NOT AN ERROR TUMBLR OMFG, It’s a classical technique called “Breaking the Joint” invented by Art Babbitt, look it up. It is intentionally done so that the gesture is actually more fluid and appealing than would actually be possible in reality.

Animation is like slight of hand, we do impossible things in it ON PURPOSE, that when played at full speed, will be FELT but not seen. Our entire artform plays tricks on your brain, watching tumblr critique this is like watching a kid proudly pronounce that they know the magician put the ball in his sleeve and didn’t really make it disappear. Well duh he did.

To all the tumblrers posting this kind of stuff: how about you learn your shit before critiquing the works of professionals who have been studying and practicing this artform longer than you’ve been alive?

That frozen post I keep seeing—I can’t know for sure, but I have a strong feeling that it was an intensional choice by the artist to move the hair in a more efficient way, rather than carry it through it’s realistic path. There were a few times in school I was encouraged to make decisions like this, because the instructors felt it cleaned up the motion or silhouette or made an action easier for an audience to read.

I want you guys to know, every time you call an advanced animation technique a “mistake”, Milt Kahl rips an angel’s wings off.