Man, looks like they’re really trying to improve peoples game lives, and give the community what they want.

Prepare yourselves for the backlash.

I don’t really understand what a virtual server is.

Are they finally merging all the RP realms or what?

Is this their work-around so they don’t have to say “merge”?

Players on the same Virtual Realm will be able to join guilds, access a single Auction House, join arena teams and raids, as well run dungeons or group up to complete quests.

It solves the name problem though.

I still don’t really understand. I’d like to ask them to re-word it or elaborate a bit, because I can’t tell if players will be able to just make separate realms or if realms will be “merged” or what-have-you, the way they’ve worded it is pretty confusing. Maybe that’s just me being word-challenged at the moment, though.

Say you have two realms: Jaina and Arthas.

Jaina and Arthas get merged into a single Virtual Realm:

Apparently the GM has Jaina feels.

I made it up to the people in the dungeon by chain pulling.

Not just because of this (for any member of the Horde): 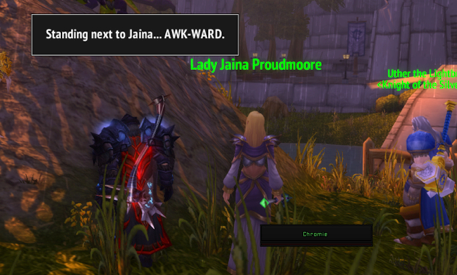 But there’s also this asshole: 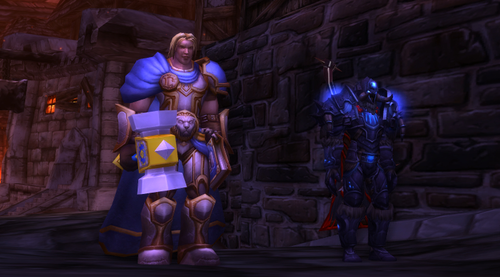 Pretty much any Death Knight doing this has effectively just screwed themselves over.

I bet that’s what Jaina said.